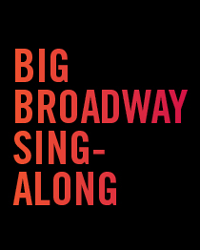 Nick Burgess is finally back behind the keys, live and in person, at the Segal Centre to lead Montreal’s favourite Broadway Sing-Along. Join in the fun as we belt out the greatest show tunes ever! From Gershwin to Sondheim; Rodgers & Hammerstein to Lin-Manuel Miranda; with a magical sprinkling of Disney and everything in between!